Just how easy is this photogrammetry stuff?

There’s been a lot of attention paid to the photogrammetry vs. lidar article we posted following the session on that topic at SPAR, so I thought I’d provide a little real-world follow up.

David Boardman, head of URC Ventures and one of the speakers on that panel discussion, put together a small example for me. We were doing some live demonstrations at the show, one of which asked scanning providers and photogrammetry providers to scan a typical work site scene – a pile of wires – and then capture the scene again the next day, and show how you’d be able to tell how much had been removed.

As an experiment, Boardman had our marketing director, Lee Corkhill, “scan” the scene with her iPhone, then email him the images. He ran them through his Urban Robotics software and sent over the results. Obviously, the following are just jpegs, and you’d need a good 3D viewer to really tell how well the point cloud came out, and there’s no way to let us know what kind of accuracy we’re looking at here, but it’s at least a little snapshot of the process. 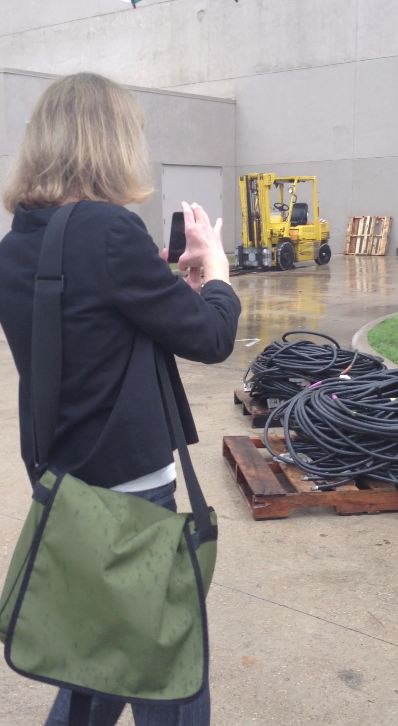 Notice that it’s raining. Lee’s a trooper. But it’s also one of the benefits of photogrammetry – you don’t have to worry about best practices for scanning in the rain.

Here’s a 99 million point cloud generated by the images she took: 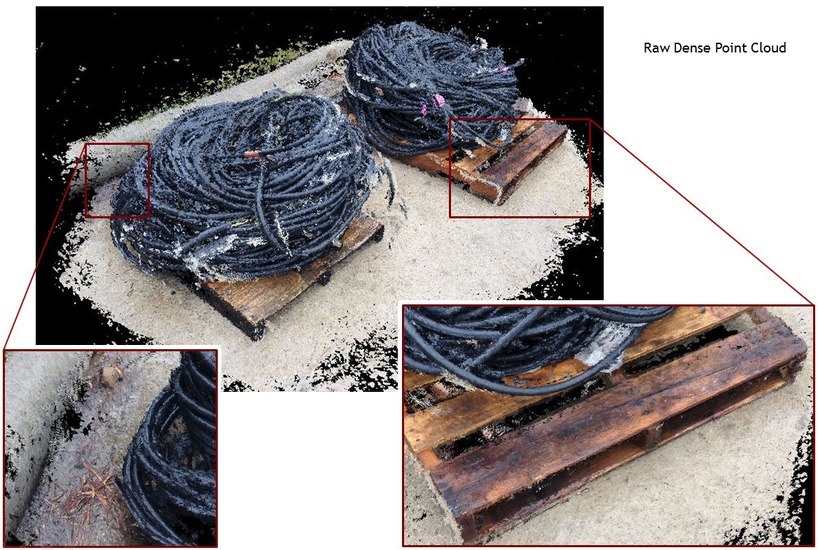 Looks pretty good, right? Again, hard to know what you can actually do with this point cloud without actually being able to work with it, but as a general demonstration of what you can get back when you feed in a bunch of images, it seems useful.

Finally, here’s the comparison, done just with the images that were captured from the phone: 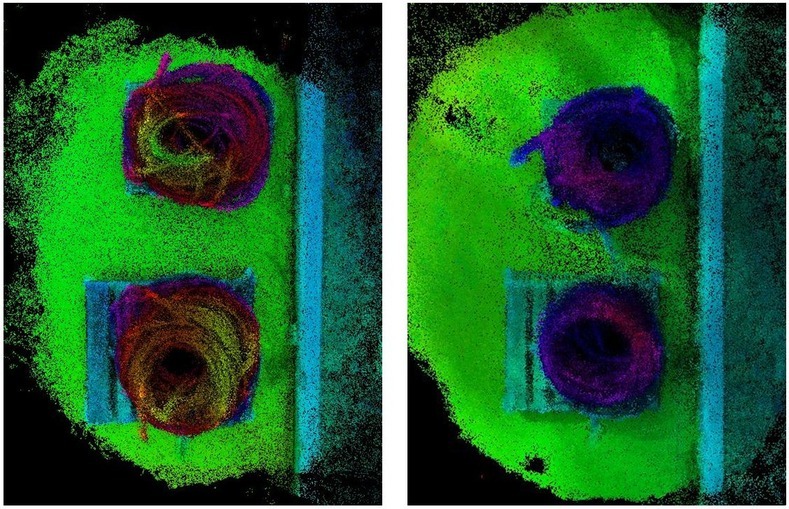 You can certainly see the piles have been reduced in size and you could probably get a pretty accurate measurement for how much the volume has been reduced. Just depends on what your definition of “pretty accurate” is and what’s useful to the application you happen to be working on.

This isn’t something you’d use to get down to the cubic millimeter. But did a significant portion disappear? Sure. Roughly what should have disappeared? Sure.

This Interactive 3D Model May Help Save A Coral Reef

This Interactive 3D Model May Help Save A Coral Reef

How to get to the Hexagon show on the cheap