It’s almost cliché by now to say that the construction industry needs to change. It’s one of the least digitized industries, but it’s facing some of the most pressing challenges: increasing project size and complexity, growing urban population, deteriorating infrastructure.

In a comprehensive report released in May, the World Economic Forum laid out the steps construction companies can take to solve these problems. One of those steps is implementing cutting-edge technologies, and taking advantage of the great potential of innovations like augmented reality, drones, 3D scanning and printing, building information modeling (BIM), autonomous equipment and advanced building materials.

One thing all of these technologies have in common? A strong connection to 3D. It’s worth reading the whole report if you have the time, but if you’re busy (and who isn’t?), I’ve laid out some highlights below.

Here are five ways that 3D tech is bringing construction into the future.

Here’s where BIM comes in. According to the WEF, building information models are gaining traction in the industry as a platform for collaboration and data access during all phases of a building’s lifecycle. It puts 3D spatial data (like laser scans of the site, photogrammetric as-builts of the building, and so on) in the same database as asset data, temperature data, and whatever other kind of data might be pertinent. 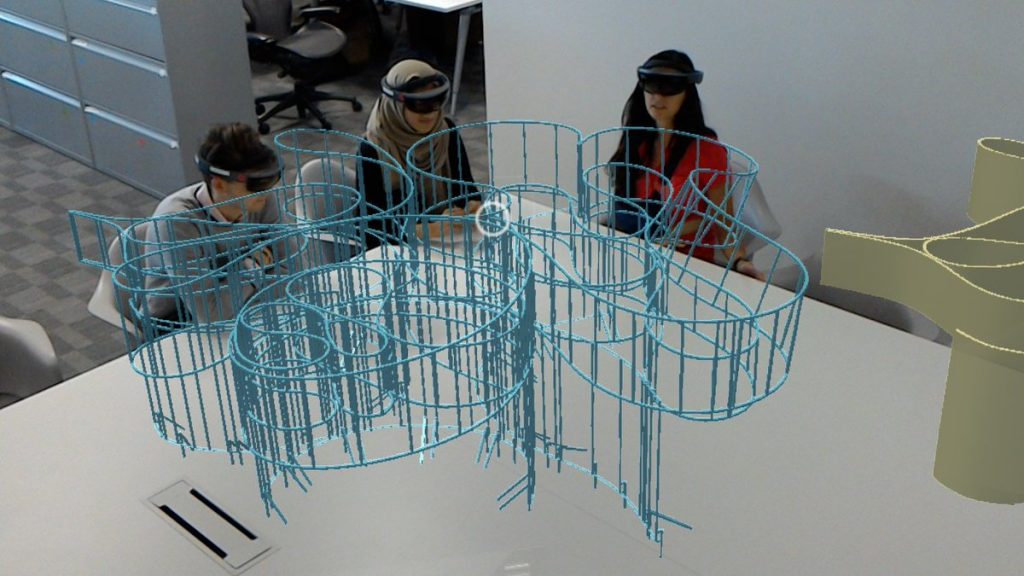 A collaboration between Trimble and AECOM using Microsoft’s HoloLens

As the WEF explains, “BIM facilitates collaboration among all stakeholders […] and thereby holds out the promise of large efficiency gains. All stakeholders can contribute information to and extract information from the central model.”

But VR and AR play a big role in improving collaboration, too. These communication tools help give stakeholders intuitive access to the 3D models included in the building information model. They help make extremely technical information easy for everyone to understand, meaning that now everyone can access, discuss, and collaborate on the data contained in the model throughout the building lifecycle.

Real-World Example: AECOM’s VP of Business Technology Solutions, Jim Dray, explained to SPAR 3D that Microsoft’s HoloLens enables the company to connect hundreds of staff members over all continents to work on very large, very complex projects. With an augmented reality approach, he says, they’re able to complete these projects faster and more effectively. “[We’re able to] actually experiment with design and structural support options. You could have a structural engineer in London advising on different scenarios with an architect in Hong Kong or Dubai—and making getting a lot more headway than they normally would. Normally they would give up and say, “Well, I guess I have to get on a plane.”

Even though the construction industry generally reliant on machinery, it falls behind the curve when it comes to autonomous vehicles. Compared to the automotive industry, or even mining, construction shows relatively low levels of work automation.

That’s likely to change soon. Along with developments in robotics, machine learning, and unmanned vehicles, developments in 3D technology are paving the way for automated devices.

Real-World Example: Komatsu, the second largest construction outfit in Japan—recently launched a service called Smart Construction. For the service, a fleet of SkyCatch drones flies the site regularly to generate a real-time 3D map. Bulldozers equipped with intelligent machine-control systems use this data to guide their work, like pushing piles of dirt around. Human interaction is reduced to the absolute minimum—a few workers remain on site to monitor the process. This speeds up the pre-foundation work significantly.

3D printing is well known for producing bobble-heads and keychains, but it is poised to have a legitimate effect on the way we construct buildings and infrastructure as well.

The technology is still in its early stages when it comes to construction applications.The WEF notes that large-scale 3D printing is not quite precise enough for most applications and produces rough-looking results. Furthermore, big printing remains slow and smaller printers are too small to be useful. And it’s expensive. 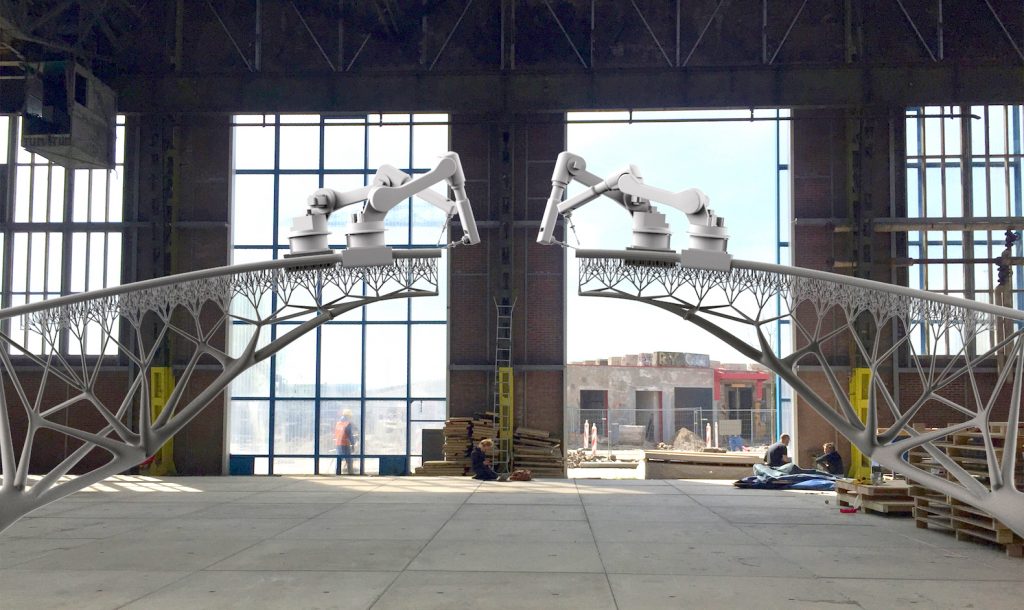 If we persist in developing the technology, though, it will produce some big gains. According to the report, the technology promises productivity gains of up to 80% in some applications, and a huge reduction in waste because objects can be purpose-built.

“Construction time for some buildings could shrink from weeks to hours, and customized components could be provided at a much lower cost.”

Real-World Example: Arup has used 3D-printed steel components in a project and saw a 75% reduction in weight and a 40% reduction in material compared to traditional approaches. WinSun, a Chinese construction company, is building 10 houses a day using 3D-printing technologies.

Monitoring a project can be a challenge, and the costs of an unexpected problem can be immense. According to the WEF, construction monitoring often “consists of little more than post hoc documenting of the cost overruns and construction delays.” 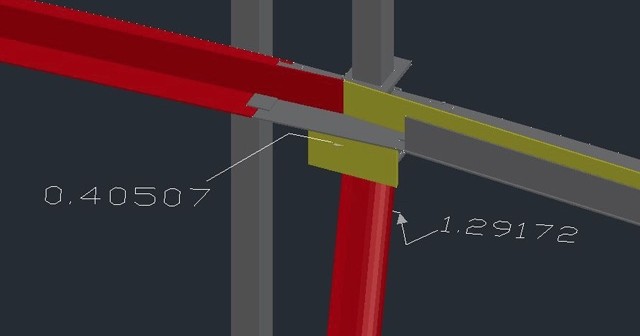 To correct the disastrous effect that poor monitoring can have on budgets and schedules alike, the report says that monitoring needs to become more proactive. It needs to start providing data that can be quickly translated into action.

Real World Example: Applications like SKUR take a laser scan of the project as it is currently built and compare them to previous models, including the original design. This helps to identify project errors before they require costly re-work.

This follows from the previous point: The WEF stresses the need to capture the as-built of the building rather than relying on the as-designed. Without an accurate depiction of the building as it exists in reality, they say, it is impossible to develop accurate performance models, or to optimize life-cycle costs.

Of course, 3D-scanning technology is perfect for gathering an as-built.

Real World Example: Atkins worked with Heathrow Airport to leverage LiDAR scanners and automate the creation of BIM models. This formed the basis for asset tagging, and optimized operation and maintenance.

What Does the Digitalization of the Construction Sector Look Like Across Europe?