Now that the dust has settled on the largest user-meetings in our industry, Hexagon Live (HxGN LIVE), I thought that it would be worth looking beyond the specifications listed in the product announcements of Leica Geosystems’ two new product releases in the Leica BLK product line. 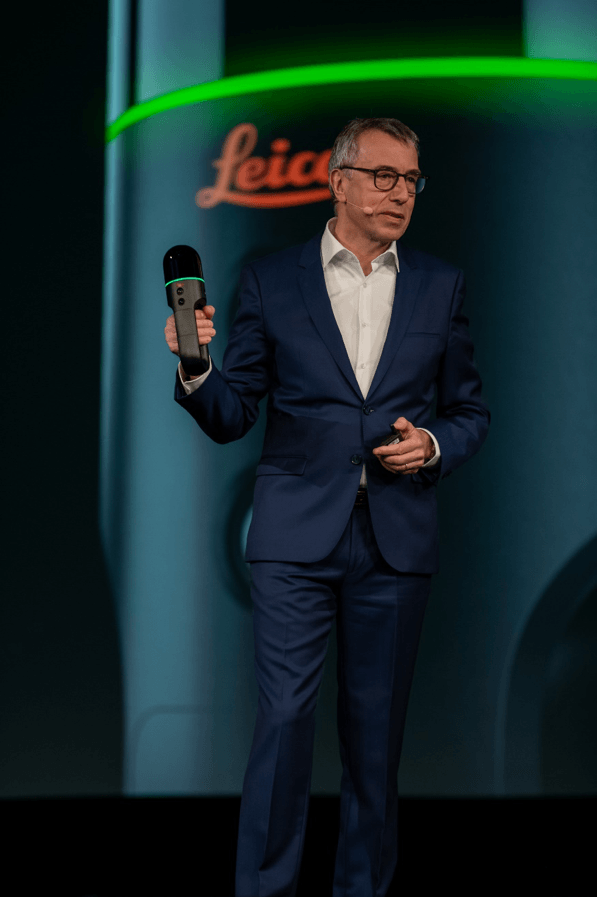 Back in 2016, at Autodesk University we saw the announcement of the Leica BLK360, a product that has been credited by some with changing the typical user that we see using a professional laser scanner. For industries outside of traditional surveying, including architecture, construction and film, expertise and lack of investment had hindered the implementation of 3D imaging technology.  As we heard in the keynote feauring Hexagon Geosystems’ CTO Burkard Boeckem (with guest Francois Chardavoine of Lucasfilm and Industrial Light and Magic), graphics specialists of the largest blockbuster feature films had once found it hard to justify bringing on a laser scanner to collect the data necessary to bridge real and digital sets. After its release, however, the Leica BLK360 became a part of the standard toolset of their team.

Hexagon Geosystems’ President, Juergen Dold commented that after the launch of the Leica BLK360 he asked his product development teams for a development schedule that would allow him to announce a new member of the BLK family at each subsequent HxGN LIVE, and this year he was able to announce two.

A new entry to the hand-held scanning market

Though I have not analyzed any recent numbers, there are signs that the fastest growing 3D imaging hardware sector is now the hand-held ‘mobile’ scanning market.  With continuous evolution of the GeoSLAM product line, together with entries into the market in the form of Gexcel’s HERON and Paracosm’s PX-80; customers especially in the AEC space now have an array of technology options for rapid point cloud capture.

This year’s announcement of the Leica BLK2GO was thus poised to attract intense interest from the 3D imaging community.  The BLK2GO is a highly sophisticated system, with custom-developed bi-axle scanner, edge computing algorithms, one-button operation, wrapped-up in the beautifully designed package that you would expect from a Leica BLK system. At the time of press, the pricing or data specifications have yet to be released, but these details will be revealed in time. What is certain is that we should see high adoption of this product once it has been formally rolled out.

The systems that we are now seeing come to market are fantastic, and the various implementations of SLAM algorithms are enabling efficient and productive data capture. This means that capture can not only be accomplished by non-specialist site personnel, but also in a straightforward manner.

An issue that I have, however, is that our conversations about these systems are still centered on how efficiently someone who is not from the traditional laser scanning industry can now collect a point cloud.  In reality, ‘point clouds’ are still alien to so many of the new types of user that are now employing these systems.  We are seeing some specific workflows for digitizing floorplans for space management and assisting construction verification that are focused on the point cloud itself. But wouldn’t it be better if there were more solutions that removed the often noisy and subjective point cloud from the equation? If they instead converted the point clouds into a datatype earlier in the workflow, it could provide BIM coordinators or Revit specialists with data models and information with which they are already working.

An information-based solution for public safety 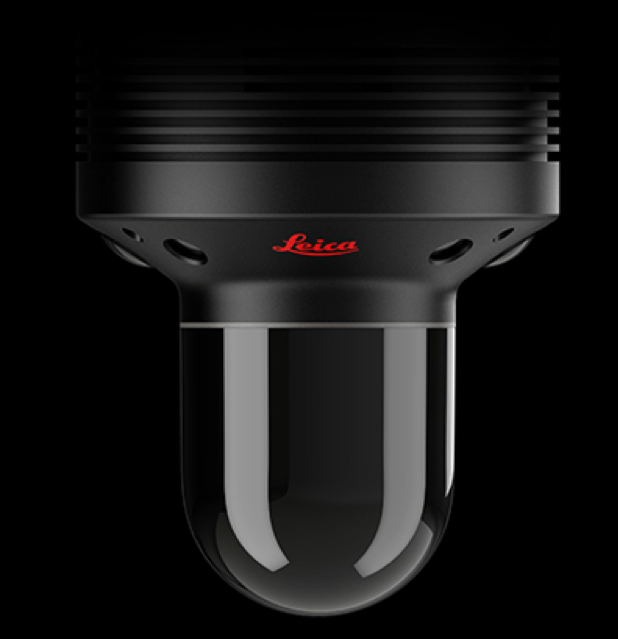 The Leica BLK247 can alert users to potential security risks by identifying items such as abandoned luggage.

The announcement that most excited me at HxGN LIVE, was not one that is directly relevant to the geomatics-based applications of 3D imaging that I most often write about. While at its heart it is a laser scanning system, what got my interest was a solution that returns information that is not a point cloud to the user.

I think of the Leica BLK247 as a kind of 3D security camera that happens to conform to the same design principles as the rest of the BLK family. A custom-designed scanner, integrated cameras, edge computing, onboard 3D computer vision algorithms, are wrapped in an elegant and beautiful package.  Designed to run continuously, the BLK247 brings a simplicity of operation to the next level as there is no on/off switch. It instead includes industry standard interfaces that enable it to plug straight into the infrastructure of existing security/CCTV systems.

Being an active 3D sensor means the BLK247 can provide an enriched set of base data to the onboard computer vision algorithms that are continuously processing on the system. The user is not interpreting point clouds; instead they are viewing a feed that looks like a video, that includes alerts instigated by the various tracking and lidar change detection algorithms built into the system.  Such alerts may be triggered by differences in motion. For example it can tell when moving objects that have suddenly become stationary – for example it can create an alert when a suitcase is left behind on a busy subway platform.

Now imagine the typical role of a security officer who must continuously view a bank of video monitors.  Their shift will undoubtedly be long, it also may be at night. How much concentration is needed to notice differences on every monitor, and what can get missed?  If scenes on video monitors are supplemented by automated alerts, it would help to narrow down a search, increase the speed at which a hazard is identified, and improve the safety and security to everyone on the site or facility that is being monitored.

If Leica gets a commercial model of this device right; in my view this system could be revolutionary for law enforcement, facility managers and municipal authorities.

Move beyond the point cloud

Companies such as Hexagon are going to continue to develop systems that will enable an ever-wider market of users to collect point clouds, and this is brilliant news. For the future, imagine what would happen if the 3D imaging industry could move on from those users needing to continuously be working towards “mastering” the point cloud. If we move beyond this, won’t the market for 3D imaging systems increase even further?

Is Leica's BLK360 a Tool for Everyone?