Launched in 2015, DigitalGlobe’s GBDX platform provides direct access to immense quantities of satellite imagery in the cloud, as well as a number of added services. With it, DigitalGlobe is able to target multiple verticals and users ranging from developers to business end users. Since it is cloud-based, it enables the company to realize scaleability as well as flexibility, enabling other parties to tap into GBDX’s services and create their own, as shown by recent partnerships with Esri, Harris and OpenStreetMap.

GBDX is DigitalGlobe’s answer to a market that demands geospatial big data solutions.

A Changing Market for High-resolution imagery

For a long time, DigitalGlobe was able to dominate the satellite imagery market with high-resolution products that its competitors couldn’t offer. But over the last two years, the satellite imagery market has become more fragmented, with new competitors entering the market, each one focusing on different market segments. As a result of this changing market situation, DigitalGlobe decided to stop selling its highest-resolution imagery to mapping services that gave it away for free, such as Google Maps.

By 2015, when the geospatial market started moving towards web and cloud offerings and data became a commodity, DigitalGlobe realized it could use the cloud to address different verticals with a single platform, scale up, and develop services that could add value to all their satellite imagery data.

This led DigitalGlobe to create the GBDX cloud platform. GBDX can be thought of as all of the following: a living digital library that documents the state of the earth, a cloud-based platform with tools to extract meaningful insights from this image library, and finally, a way of connecting these solutions with business end users and developers that can build on top of these. 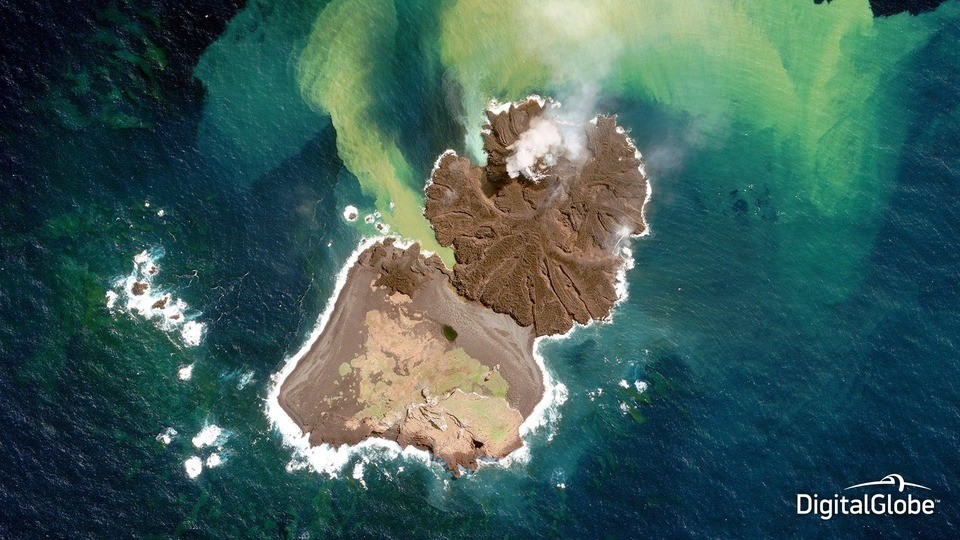 A partnership between DigitalGlobe, Esri, and Harris Corporation earlier this year was a big step forward in realizing the potential of GBDX. The outcome was a new subscripton service, called Imagery+Analytics, that integrates the GBDX plaform with Esri’s ArcGIS Enterprise 10.5 platform and Harris’ ENVI remote sensing analytics portfolio. This means that Esri users can get access to more than 100 petabytes of the world’s highest-quality commercial satellite imagery and the industry’s most advanced analytic and machine learning tools.

This service was made available to a select number of initial Esri customers licensed for ArcGIS Image Server 10.5 (deployed in Amazon Web Services US-EAST-1 region), with broader availability later this year.

ArcGIS Image Server is part of a recently re-organized product family of Server products. It enables fast and efficient processing, analysis and sharing of massive collections of imagery and rasters. A similar partnership initiative was announced last May, when DigitalGlobe made two new global satellite imagery layers directly available inside OpenStreetMap’s ID Editor, a service powered by the DigitalGlobe Maps API. This makes this a easier for the OSM community to keep OpenStreetMap updated and accurate.

GBDX is also targeted at developers. It can be used to derive geospatial intelligence from satellite imagery by using various mapping services combined with proprietary algorithms and satellite imagery. A recently published case study describes a three-task worfklow written in the Python programming language that tests the completeness of the OpenStreetMap dataset, so that unmapped or sparsely mapped locations can be located intelligently. While it’s possible to use deep learning techniques to do perform this task, the use of a fast proprietary classification algorithm from GBDX proved to be a lot cheaper. It was run on recent imagery of a number of cities around the world and overlaid with OSM building footprints, using the OSM Overpass API. A final map, created with the Mapbox GL Javascript library, provides an indication of how well buildings in different cities around the world are mapped. The whole workflow is documented in a Jupyter Notebook and can be reproduced using GBDX.