BIM Creators: The value of combining BIM and VR effectively

BIM Creators is a Dutch specialist in designing and applying 3D BIM models. The primary market is MEP (Mechanical, Electrical and Plumbing) systems, but the company does spatial planning projects as well. All company activities are centered around BIM models: designing BIM projects design, performing clash detection, and creating data management systems so that project stakeholders always have the latest data at their disposal.

While the added value of BIM models is clear to the people of BIM Creators, the company needed an additional technology to offer clients an intuitive experience of those models and demonstrate their importance. This led to the adoption of VR technology to give clients the chance to experience the project while it was still in the design phase.

BIM Creators took the first step in 2016, when it used VR models to evaluate the feasibility of building plans for mechanics and operators. In 2017, the company created a VR demo for a national initiative of the construction sector called the Open Construction Day, where the general public is given the chance to visit construction sites and projects that are normally inaccessible for them. The demo was created for bystanders of a construction project: Using Samsung Gear helmets, participants of the Open Construction Day could walk through a VR model of a finished building.

Because the response to this demo was overwhelmingly positive, BIM Creators decided to make VR services an integral part of its product offerings from that moment. CEO Wouter Balks explains how VR is an extension of the content that lives in a BIM model, saying that “normally, installers or municipalities hire our knowledge and expertise to create installation-technical BIM models. When a new building is planned, different stakeholders start creating their models. An architect starts designing an architectural model in 3D, a design engineer designs in 3D and we draw all utility installations inside the BIM with Revit. Because everything is modelled inside the same BIM model, that content can be re-used in VR. This enables a VR experience before that building has actually been built.” 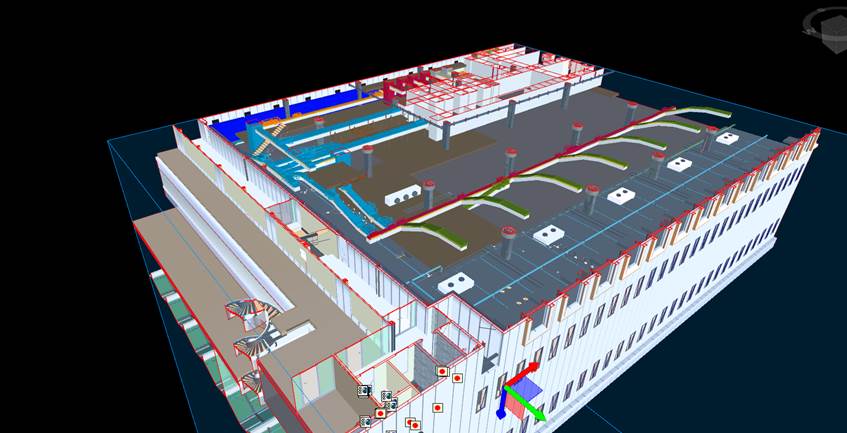 From a BIM to VR model

Today, VR is a recurrent item in the BIM projects of BIM Creators, and now clients can view a VR model of a building plan that can be anything from a tunnel, a hotel, a luxury villa or a hospital. Using Revit Landscape, users can place a building in its surroundings, which is nice for local residents, who get an idea of what it will look like. But it doesn’t end here. VR models also serve to show modifications during the construction phase, and they offer a new means for decorating the interior of a building. “An additional advantage of this is that a VR helmet gives you the opportunity to visualize the interior from all angles,” says Balk.

The VR models from BIM Creators use a live connection between the VR application and the Revit BIM models, so there’s no data export or conversion process. The advantage of this is that it offers another way of re-using existing data. While it is possible to create a decoupled VR model and add content such as driving cars, until now a direct link between BIM and VR model has been sufficient.

Besides MEP projects, BIM Creators also applies VR tours for spatial planning projects. Depending on the budget and requirements of the client, the company can create a 3D model using point clouds that are subsequently reprocessed to build a representation of the environment. If there’s no budget for laser scanning, SketchUp enables fast creation of 3D environmental models as well.

Although these are schematic and coarse-grained models, they create the sense of an existing 3D environment, which is often sufficient for a project. “However, in the case of a long-term project, the costs of creating a more expensive environmental 3D model can be defrayed by using the same model during each phase during project presentations,” says Vincent Beers, who is BIM Coordinator and Visual Artist at BIM Creators.

BIM Creators distinguishes two types of VR for their presentation. The first is active VR, where you can walk around and transport yourself. The second type, passive AR, only allows you to look around while you are transported automatically. Although the overall reactions to the VR presentations are predominantly positive, the demos that use active VR sometimes cause dizziness or vertigo to new users. technology can also cause a negative user experience when performance is low, as in case of a really big VR model. “A minimal amount of images needs to be projected on your retina for a good VR experience,” says Beers. “If not, a delay effect will take place that can cause dizziness.” 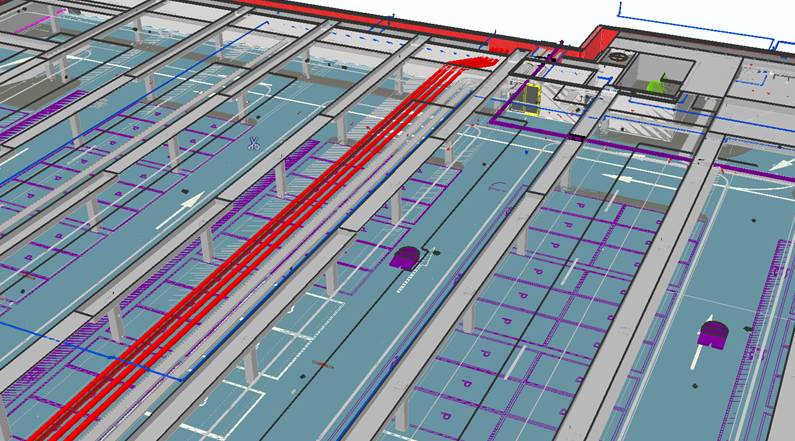 The VR presentations are more than just a great user experience. By comparing emergency routes on paper with the actual travel times and distances experienced using VR models from BIM Creators, fire brigades can validate their emergency routings in the case of fire. If their initial routes turn out to be longer than expected, an additional route can be designed. “We expect that these type of applications will become standard in the future,” says Balk.

Right now, Dutch architectural companies make more use of VR than smaller installation companies. But as more people see the additional value of VR for the whole construction process, the expectation is that adoption will grow over time. This will in turn increase the amount of use cases, says Beers. “When people acknowledge the additional value, they’re probably also prepared to invest in it, which over time will result in cheaper technology, for example computer hardware that sometimes cannot deal with large amounts of data. We expect that VR presentations will become standard in every construction project.”

Over time, BIM Creators plans to a cloud-based infrastructure instead of processing and running all data locally. This in turn will enable the creation of AR use cases. For example, using Autodesk BIM 360, plumbers can use their login to the system that runs in the cloud and visualize the construction model by pointing the camera of their iPad to the location where the construction will be realized. “Although this is a good example of AR, it really depends on the individual use case if VR or AR is the best solution”, adds Beers.

Finally, VR is applied in the company’s education program. Under the name BIM Creators Academy, experienced BIM Coordinators train young people to become Junior BIM Modelers. VR is also applied during these training sessions, says Balk.“By educating our students in VR, they not only learn how to construct a BIM model, but also how to make a VR model from it so they know what they’ll be showing our customers. Educating them about VR creates an added value”.