If you follow construction technology, you’ve probably heard the name Cody Nowak. A few months back, he caught the internet’s attention in a Bluebeam-produced video about his latest proof of concept: an AR solution for building a bathroom pod in the field without any plans.

Since then, Nowak has become the director of R&D at Martin Bros and established himself as a go-to HoloLens resource for conferences nationwide. Thats why I caught up with him recently to discuss the current state of augmented reality in the construction industry, hackathons, hardware limitations, and more. 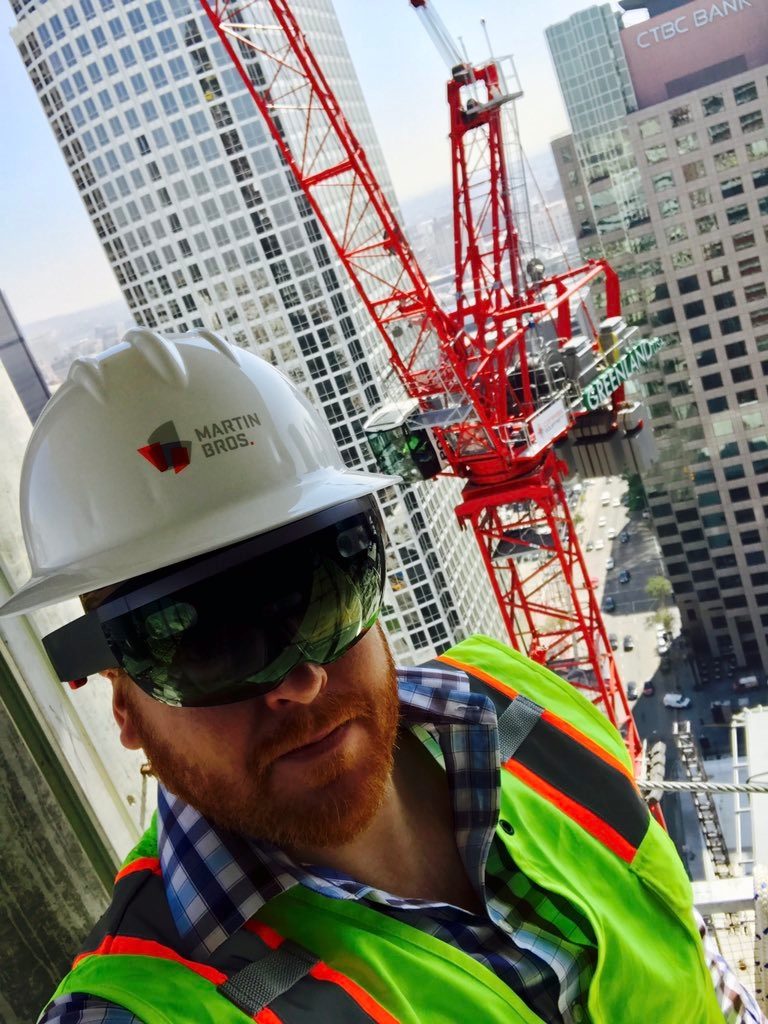 Cody Nowak: I don’t want to say it’s ready today, or will be ready tomorrow. It’s definitely a work in progress. I would say that in a few more generations—maybe one more generation—the hardware like HoloLens will get to a point where I would feel comfortable wearing it while walking around in the field, at a construction site. If not that, then at least it will be ready for certain spaces.

But there are definitely some uses for AR in construction already, right?

Right. I do see value in using it today, though I’m not sending it out in the field. But for overlay of the BIM model? One of the lowest hanging fruit is being able to place the BIM model, exactly, over an as-built environment just for visual verification.

An example of this: If two trades were to get in an argument about who should be where, we can potentially have an as-coordinated BIM model that snaps into the right location. Then the two trades can say, I thought this was in the right location, but it’s two feet too far to the left. That’s something that can be done today, but I can’t say we’ve done it and I don’t know of anyone who’s doing it.

But there are other use cases. I’ve been getting a lot of traction with construction layout. You know, we did build that bathroom pod, and we’re constantly iterating on the app and the platform we built out with Scope AR. It’s a work in progress. I wouldn’t be comfortable taking that out and building with it today, or even tomorrow.

So I’ll ask you to put on your speculation hat. How long will it take before AR is ready for use on a construction site?

I thought VR was the fastest-moving technology that I’ve ever experienced, and I was completely wrong. Augmented reality is moving so quickly it’s amazing. I’m not one to speculate, but there’s a lot coming down the pipeline, and I would be surprised if we don’t have practical applications in the field in 10 years.

What’s standing in our way?

There are hardware challenges. Safety certification of eyewear, for one. And then there’s the construction mentality. There’s a social norm that conditions what we’ve been wearing for decades. What’s the first thing a construction worker does when he gets new boots? He beats them up, throws them in the mud, and makes them look like they’re old, right? Because he doesn’t want to be the guy with bright new shoes on. That’s the office guy.

If you see someone walking around with a shiny helmet that looks way out of place… I just don’t see that as something that construction workers would want to be a part of. It’s crazy to me, but then again I don’t work on a construction site. 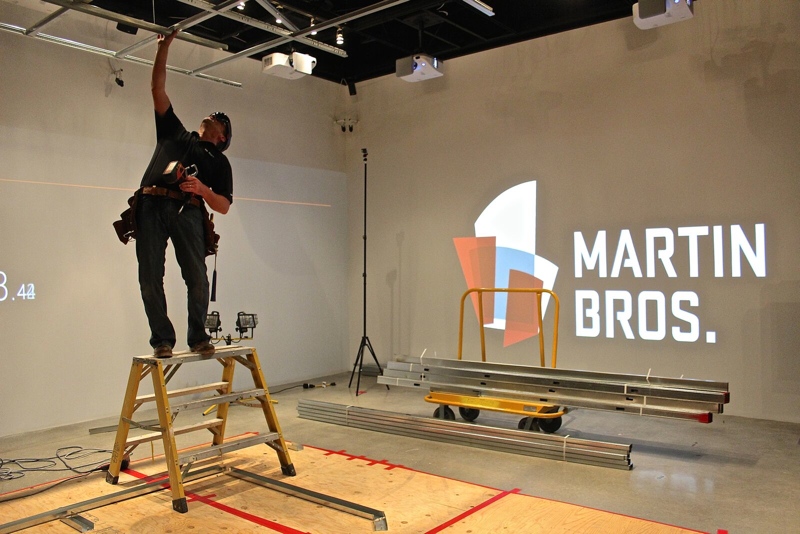 Building a bathroom pod with no plans.

Can you elaborate on some of the hardware challenges?

We’re slimming down an entire computer for these devices, so we’re not going to have the power to compute the BIM models, which are heavy compared to what these devices can actually handle. There are polygon limits, and tracking limits. Even with Tango and HoloLens.

Then, when you talk about mixed reality, it’s constantly doing a low-level reality capture to understand the space its in. There are already limits on that. And some of the limitations are the spaces themselves. I find myself having to delete spaces on the HoloLens. If it starts acting wonky and the tracking starts to shudder too much, I just delete the space.

You mention the cultural issues surrounding the development of the technology. One cultural force at play is the hackathon, something I know you’re involved with. What effect is the hackathon having on AR technology? Should we be paying more attention to hackathons?

I think the hackathons have been pushing the development of the technology. For example, I followed the Microsoft HoloHacks, and by going to all three of those hackathons I was able to get early hands-on with the HoloLens at Martin Bros. This gave us a running start with developing and understanding what we were working with. From that first HoloHacks on, I was able to understand the device better, and understand what we’re dealing with. 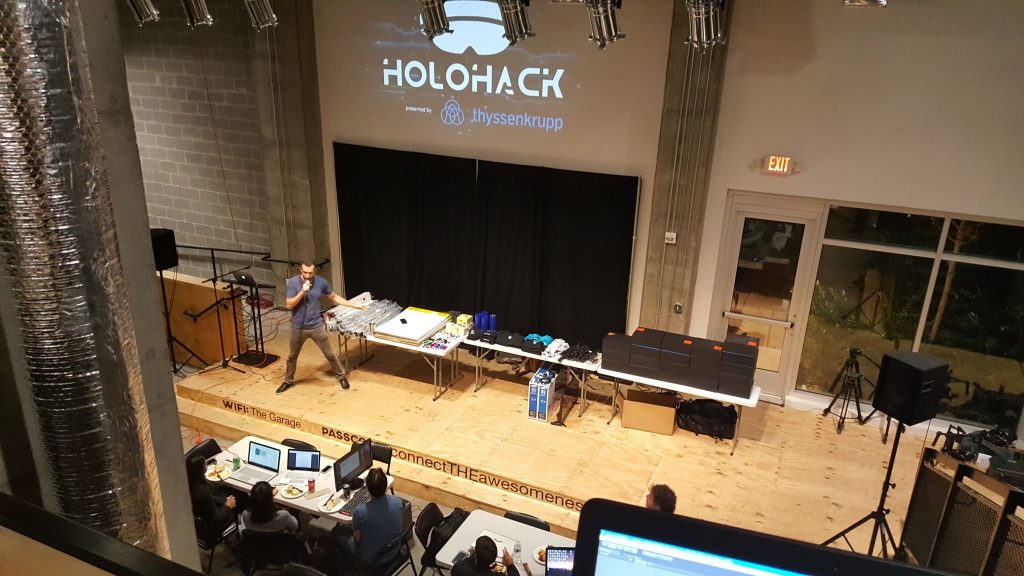 I was also able to tap into that data build euphoria, and start working on a challenge that I wanted to work on: loading a BIM model approximately in the correct location. Even that early on, we were able to make it so that each element you could air tap on and see the BIM information directly from Revit. We also integrated IOT—we were able to turn through air tap or a voice command—turn on lights, turn on a fan, and then also change the temperature with a nest. That was all within one app, at a hackathon.

Sounds like a lot of interesting applications comes out of these hackathons. Does Microsoft pay much attention to them?

Microsoft says, share your apps, share what you’re working on, because it’s going to help us build a better HoloLens. This made it pretty cool to be able to be part of those hackathons. 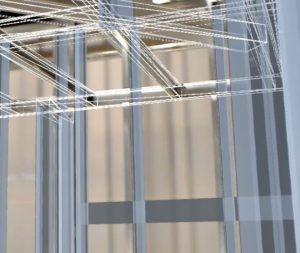 One last question—I know a lot of people are focusing on AR/MR, but in your position you probably see a lot of new tech coming over the horizon. Is there anything else that you’ve been keeping your eye on?

I try to keep my eyes open for interesting technologies, but the real thing I believe in is innovation of integration. We’re not going to re-invent the wheel in our industry, really. We’re going to look at other industries and see some of the cool stuff they’re doing.

For example, look at gaming engines. You’d never think they’d use games in AEC. But some genius said, look, they’re using the gaming engines to do VR and AR, let’s bring that into our industry. That’s a good example of innovation of integration.

Another one would be integrating the driverless car technology as that gets smaller. Maybe we’re slamming that technology together with robotics and driving a robot through a construction site, doing reality capture on a daily basis. Maybe it’s when the job site is closed down for the day, a robot goes through and scans.

A lot of people think they come up with ideas. But if it’s an easy enough idea, I guarantee them there are lots of other people out there thinking of the same thing.