A first look at the portable scanning prototype

Among the many interesting things I saw at the Hexagon conference, the presentation by Dr. Christian Hesse of his company’s portland laser scanning device was one of the most intriguing. Here’s a first look at what dhp:i have created as a prototype and what has gone into it.

Hesse is the guy who brought us that sweet video of the Seute Deern, so it shouldn’t be a surprise that he’s doing innovative things with laser scanning. He’s been at it for 10 years and has built a survey firm of 25 employees, using mostly Leica equipment.

At this point, he’s interested in bringing laser scanning to a much more mass-market target audience – scan-to-BIM, computer games, augmented and virtual reality, TV production, that kind of thing. They have a huge demand for 3D data, he noted, and, other than maybe scan-to-BIM, mm-level accuracy isn’t that important.

So, how do you deliver huge amounts of 3D data to those kinds of consumers without spending a million hours in the field and back in the field, so that it’s actually cost effective for everyone and you can build in a little margin for yourself?

“You need to speed things up to get cheaper data for these applications,” Hesse told the HDS-track audience at Hexagon.

He presented, for example, a 3D model of Hamburg Stadium that his firm had done. It took three days of field work, 100+ scans, and four days of registration. None of which can be done off shore. Sure, he said, you could speed that up by moving from his HDS 6200 to the 7000, but you’re still only looking at about 5,000 square feet per hour, he said.

There are also mobile mapping solutions, he noted, but those have to be driven at a certain high rate of speed, and “the resolution is somewhat poor,” at maybe 1,000 pixels per square foot.

So, working with p3dSystems, a company created out of Hanover University, he tried to marry those two worlds of speed and high-density scanning.

Essentially, he created the scanner “backpack” many of us have been hearing and thinking about, except it’s not really a backpack, it’s more of the type of system that high-end cameramen use working for TV. It’s about 50 pounds. And this is a video of the prototype in action, using an HDS 7000 as the scanner:

Essentially, you need an IMU on the bottom, to do the automatic registration and get the georeferencing on the fly (this also means you need to have GPS coverage at all times); a damping arm, to reduce wobble of the scanner and to make the scanner portable; a battery; and a laptop. You can even add a headset and take voice notes that can be linked to portions of the scan as notes.

So, how does this speed things up?

On one test Hesse showed, his company scanned 500 meters of walking in and out of a subway station in 750 seconds. That’s something that would have required 20 or 25 static scans, plus all the targets you’d need to put out, etc. This is what the point cloud looked like: 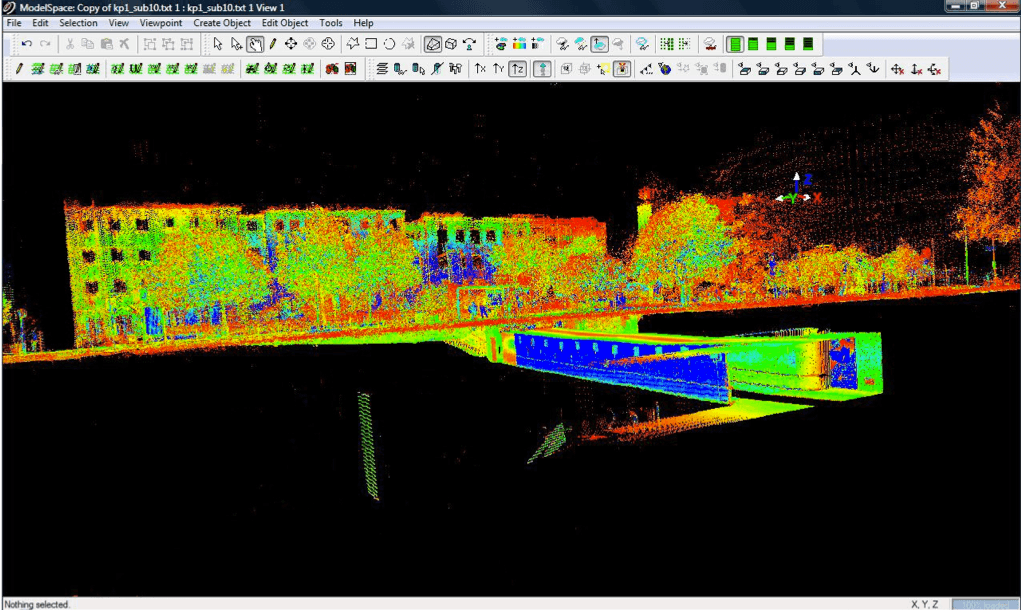 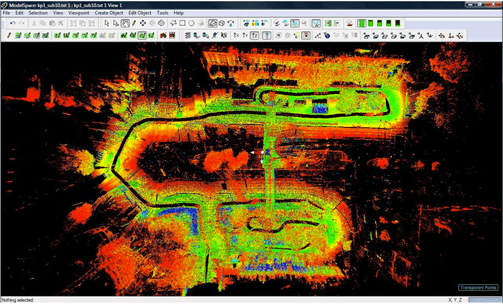 So, let’s start the manufacturing, right?

Well, there is the cost as well. Not only do you have to pony up for the HDS 7000, but you also need to kick in $60k for the IMU and $35k for the damping arm. The whole set up is probably in the $250,000 range at minimum just to build, let alone account for someone making a margin on the sale.

Regardless, Hesse feels confident now that “portable scanning is possible,” with efficiencies of up to 90 percent in time saved. He’s looking for development partners right now to see where this takes him.

Google's New Cartographer System and Its Effect on Indoor Mapping