5 insights into the UAV industry from Commercial UAV Expo 2018

I spent this past week in Las Vegas at the 2018 Commercial UAV Expo. Even though I have been testing, writing about, and using drones for more than two years, this is the first UAS-dedicated conference that I have attended. While the hype is real (as in there really is a lot of hype!) the breadth and depth of the industry on display was truly eye-opening.

While what I knew going in was accurate, it turns out that I was viewing the market through a very narrow lens. I suppose some of that has to do with UAS manufacturers and providers only talking to me about surveying & mapping, as that is what they think I am interested in. While that is true, I enjoy looking at ways to misuse technologies to my own benefit and the Expo certainly provided ample tools for doing so: there were fixed wing, multi-rotor, and hybrid UAVs. There were also other kinds of hybrid UAVs (as in on-board gas-powered generators for maintaining electrical propulsion systems) and, of course, hybrid UAVs that both roll and fly. 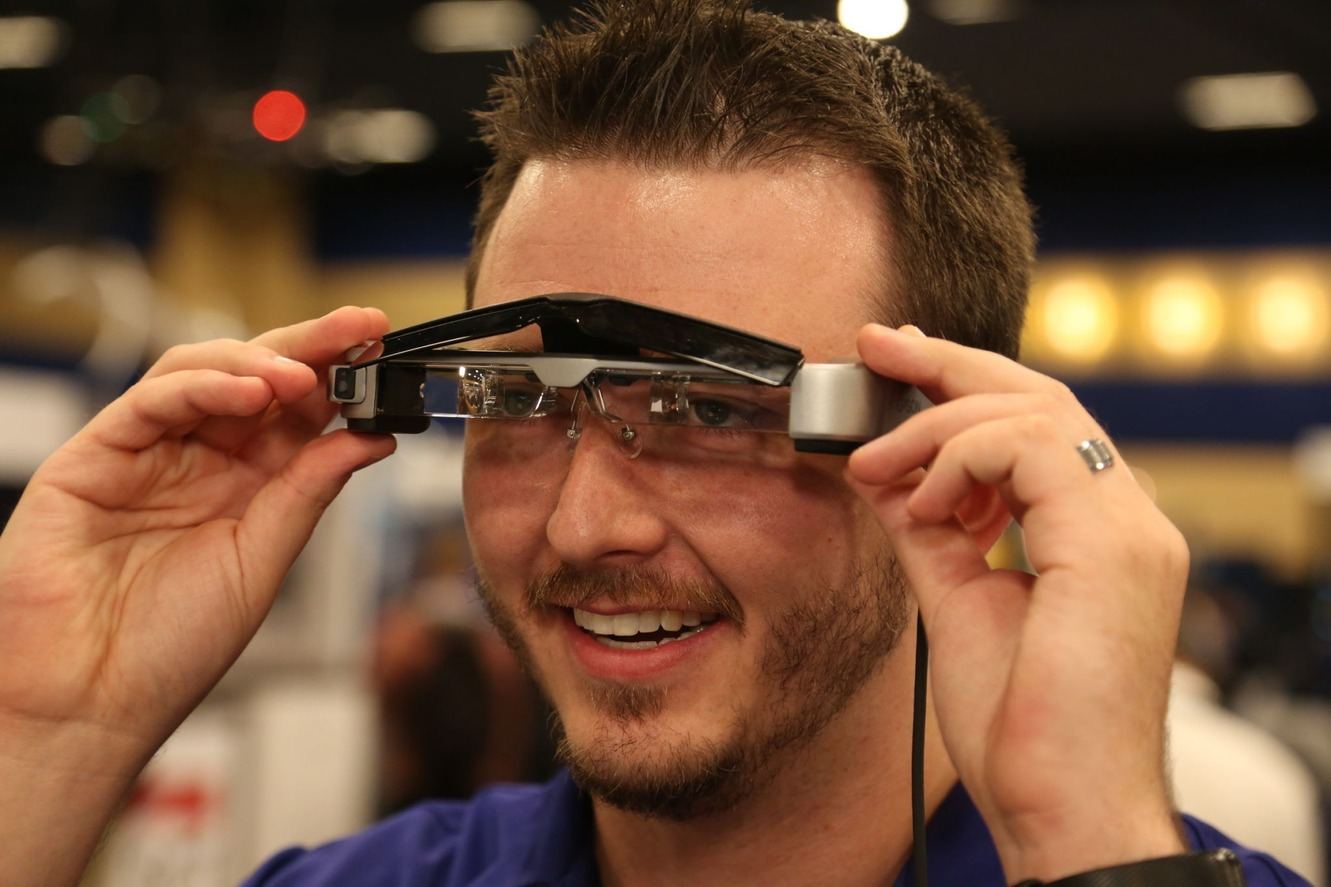 As someone who introduces drones to many engineers and surveyors, I am regularly asked to explain terms and acronyms—most often, I am asked to delineate between UAV and UAS. Previously I would have thought of UAS as the air vehicle and the controlling hardware/software only. But after this week I’ve learned that the system may also include ground-based radar systems, air-traffic control info, counter measures, and more.

In a few short years, that is, UAS technology has developed into a large ecosystem offering everything from a multitude of UAVs, to systems to shoot down UAVs, and everything in-between. Here are my top 5 take-aways from the 218 Commercial UAV Expo.

1 – I seriously underestimated the size of this market

This year’s Expo saw more than 2000 attendees and 168 vendors. While there, I picked up the Shephard Industry Guide to Commercial Unmanned Systems. It shows more than 420 UAVs commercially available, and still I immediately found vendors on the exhibit floor that were not in the guide!

While your typical aeronautics and robotics firms are represented, the market still has room for smaller firms. The low cost of batteries, computing power, and 3D printing have almost obliterated cost as a barrier to entry as a manufacturer or end-user. Add to that the plethora of potential applications, and it starts to seem normal when you find yourself standing between a fire fighter and a cattle rancher while you all listen to a pitch about the same product. 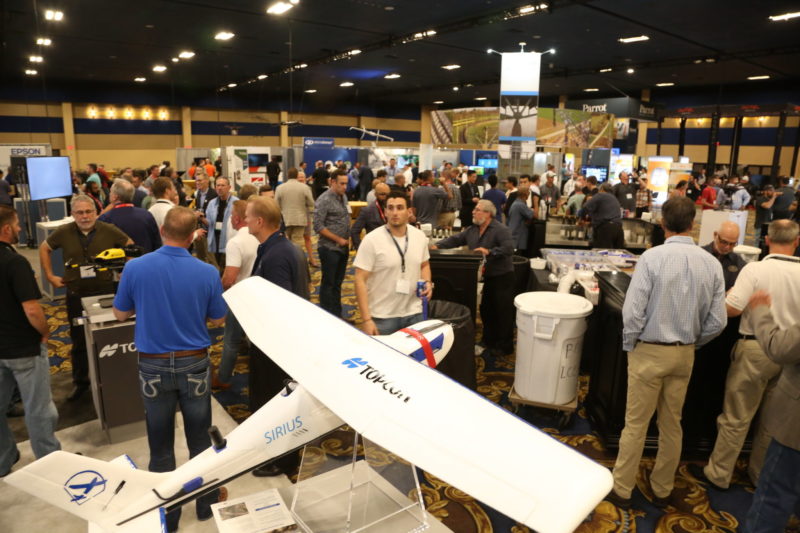 Many of us look at UAS development around the world and blame the lack of development in the US on FAA regulations. While it is true that FAA regulations have restricted the size and use of commercial UAVs to date, I get the sense that those regulations may actually prove beneficial in time.

One of the big topics at the conference was Urban Air Mobility. This means, essentially, using UAVs as taxis, package delivery and so on. At first, I thought this was overblown. Making this work would require solving all the problems of a self-driving car and an autonomous aircraft at the same time! Then it hit me: The FAA has already solved a lot of this. There is an existing air traffic control system to be built upon, the restrictions put in place through regulation make the airspace much more predictable than a roadway where autonomous cars have to consider bicycles, pedestrians, road construction, and the odd white tractor trailer. Lastly, there is already a body dedicated to managing this space, which leads me to believe that once a decision has been made, manufacturers will quickly adopt their standards such that interoperability is insured.

3 – Drones are coming to BIM

While I only saw one company (VTRUS) on the exhibit floor showing off interior scanning with a UAV, I think we are closer to the Prometheus Pups than ever before! While I thought this type of mapping would be best done by wheeled vehicles, I found myself convinced that UAVs may be the way to go. Collision avoidance systems are better than ever, the indoor space typically provides a stable airspace free of moving objects, and it’s unregulated airspace at that. Today we are still trading accuracy and density for speed, but it should not take much time to be on par with some static camera systems 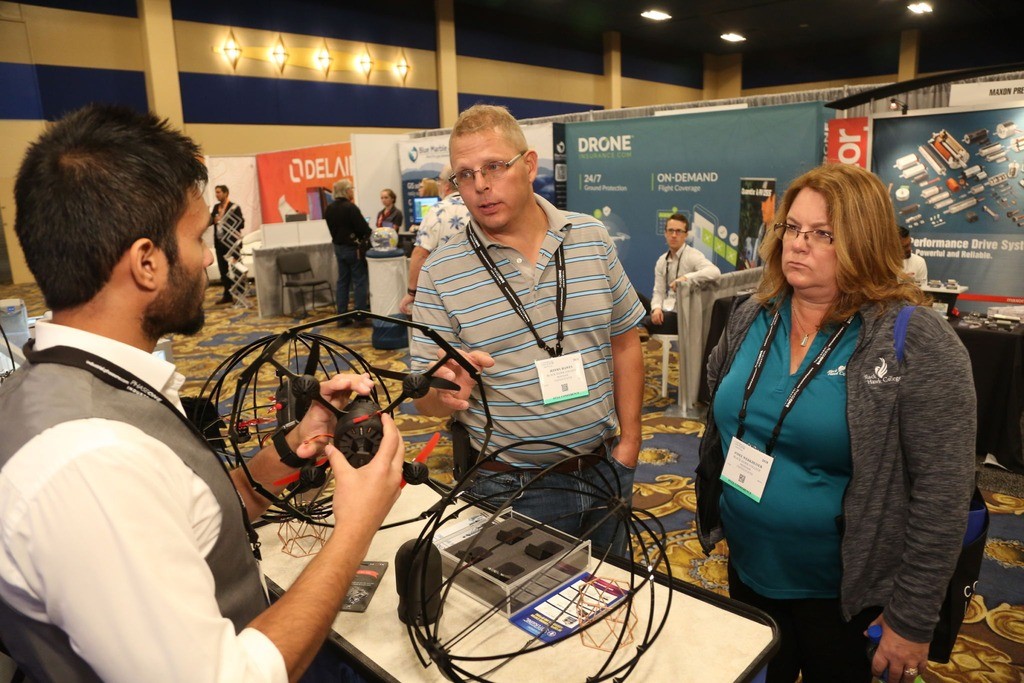 Time and again, regardless of the subtopic, I heard lamentations that the tech wasn’t the problem—people were. Whether it was concerning mass adoption of urban air mobility, UAS use for forward sighting by first responders, or misuse in general, it was always a people problem; namely, an issue of public acceptance.

While I understand and even expressed the same sentiment while speaking on mapping methodologies using UAVs, I’m not sure that I’m entirely comfortable with the prevalence of such thought. When I heard Uber Elevate and A³ discuss their plans to deal with public acceptance by applying the principles of “Sliding Autonomy,” which says to build everything to be autonomous, but transition to it at a pace that aligns with public acceptance, it seemed to make good sense. I’d be a bit hesitant to put my kids on an autonomous drone and I’m sure I’m not alone. As the safety of the systems are quantified I will probably feel different—and that’s what they are counting upon.

The term “public acceptance” was used as a catch-all to describe the upcoming hurdles to the UAS-friendly world that most conference attendees are trying to build, and I’m not sure that many using the term were thinking past the way the public perceives a lack of safety or problems with visual and noise pollution. I certainly see major disruptions in the job market, and I hope those are being considered to a greater degree than was represented at the Expo. When I look at how many people could find themselves displaced due to UAS (and autonomous systems in general) I can’t imagine the public will stop being divided on the issue. 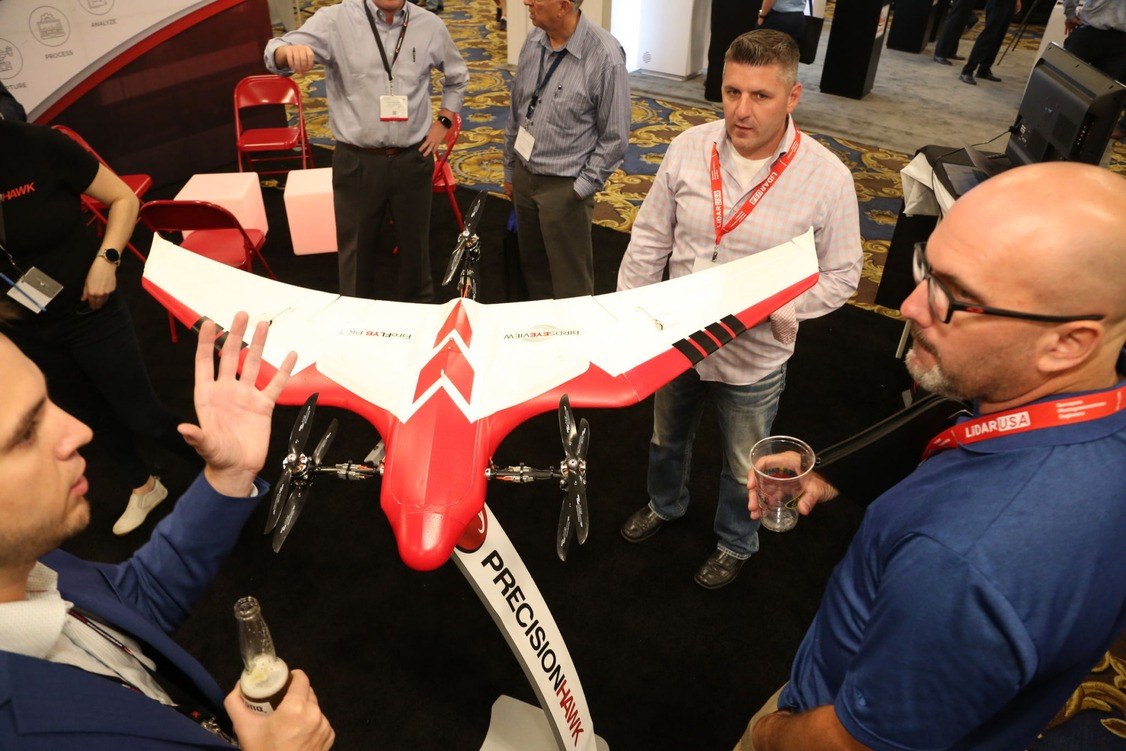 For those of us in the reality capture space many of the conversations would have been all too familiar. The issue of how to move from data capture to deliverables was front and center in several tracks. I spoke in a track on surveying and mapping uses, and, if attendance was any indicator, a lot of UAV service providers are seeing the need to add accuracy to their deliverable definitions. I am very eager to see where this goes, as the conversation about data collection for actionable intelligence in this space is concerned with real-time intelligence for security purposes in a way that the reality capture space is not. The use of raw images and video is much more prevalent as well.

Whether UAVs will replace current static reality capture methods or whether the new methods will roll into our toolset remains to be seen. However, if we don’t keep up, we may another one of those groups looking for work after the drones took over our jobs.

Rise of the Machines

UAV Workshop: Who Owns the Sky?